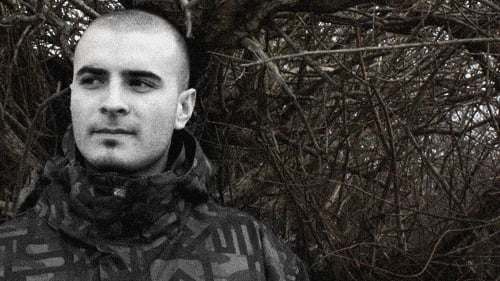 By the time the Dubstep scene in the UK had begun hastily building walls around their ‘roots’ scene, the virus had already escaped the laboratory. Mutated versions of the emergent genre were breeding, and they have returned to devour the original organism.

One of these replicants gone bad is Boris Noiz. Hailing from Subotica in Serbia, his first vinyl release was on Excisions’ then relatively new Rottun Recordings, the track Vehemence, had a twisted militant industrial funky swagger that still sounds fresh today.

The fact that this fusion of hardcore breaks and state of the art mechanical rhythms originated from Serbia made me curious as to the producers influences and how they arrived at this sound. I was not alone. Noiz’ early vinyl on Rottun caught the attention of anyone with an ear for serious sonic pressure. It gave new hope for hard edged experimental dancefloor music, influenced by the emerging dubstep scene, that wasn’t trying to conjure up some imagined “authentic” South London urban scenario.

Boris has gone on to become internationally synonymous with the darker dystopian side of bass music, with releases on Yellow Machines, Combat and EX7. His trademark sound of coldly emotive textures and soundscapes, contrasted with razor sharp beats and mechanized percussion is unique and futuristic, but draws clear influences from early 90s breakbeat hardcore and techno.

Current side project Lost in the Sound, explores Boris’ love of jacking acid and the deeper reflective sounds of Detroit and Chicago. He confounds the notion that artists should stick to one idea or concept, having a seemingly clear vision on what he thinks the future should sound like. Connecting the dots between the past and present and paying deserved respect to the people who got us where we are today.

I caught up with Noiz to find out more about him as a producer and DJ, but also to learn about the scene in Serbia. We discuss his new label Syndetic, and finally get to the bottom how a twenty something guy from Subotica knows more than me about old skool hardcore.

How did you first get involved in everything underground, electronic and musical in Subotica?
My first exposure to underground electronic music was via techno, acid and gabber mix tapes and compilations in mid 90s. I got very interested in the drum and bass/jungle scene in around 2000, thanks to two DJs in Subotica (WB41 and Huge Selecta), who always played interesting and inspiring eclectic sets.

I started buying and mixing drum n bass records and thinking about doing some parties. Drum n bass as with most other styles of electronic music, that aren’t tech house or progressive house, weren’t widely accepted in Subotica, so we could only get smaller venues for organizing parties. In most cases those venues were cafes with a capacity of 100-200 people.

The scene started to expand a bit around 2007, when Dekode, DrumR and I founded an organisation called “Symptom” with a clear aim of helping to promote underground electronic music in Subotica.

Were you involved in making any music before becoming Noiz?
Yes, I’ve appeared on 4 CD releases before I started releasing records. The first 2 were compilations where I made some beats and did scratches for various hip hop groups.

I did the sound design for the intro and outro of the Rising Empire album by my friends’ hardcore/metal band All The Arms We Need in 2008.

I also appeared on a compilation of local artists from Subotica called ‘Subway‘ in 2008 with an IDM/glitch track entitled ‘Surrounded by Pyramids‘.

How did the link with Rottun and Excision come about?
By accident, I met Excision around 2007 via MySpace and I was blown away by the heavy futuristic dubstep sound that Rottun released.

I had only heard sounds like this before on Combat, Planet Mu and Ruff releases from Dekode’s vinyl collection. I was making some drum and bass tracks at the time, but I was so astonished by the whole Rottun concept, that I just had to give a shot in the 140BPM area. The result was my first release: Vehemence.

Some of your tracks have clear reference points to early 90’s breakbeat hardcore and techno how did you first get exposed to that stuff?
I first read about the genre in a book called ‘A Rough Guide to Drum n Bass’, it got me curious about the early Reinforced and Moving Shadow records sound.

A few months later, a friend gave me a compilation entitled ‘A History of Hardcore‘ mixed by Kenny Ken. From that point I started researching and discovering the story behind the releases, artists and production techniques from that period.

The elements that got me into breakbeat hardcore were (obviously) breakbeats, heavy subs, the uplifting euphoric melodies and piano riffs. To be precise, something like the 2 Bad Mice remix of Blame’s ‘Music Takes You‘.

I became fascinated with the construction of the breakbeats, certain stabs and basslines. The interesting bit was to track down the sample sources from various releases, especially rare and obscure breakbeats. The producers that I respect the most from that era are Dave Charlesworth, Sudden Def, DJ Hype, Mark Archer (Altern 8, DJ Nex…), Doc Scott, Rob Playford (2 Bad Mice, Kaotic Chemistry, Cosmo & Dibs), Mark Ryder, Nebula II, DJ Phantasy, 4hero (under all their early monikers)… I could go on and on with the names… My favorite labels are most of the ones that later continued to release jungle & drum and bass and also some smaller ones that barely had five releases.

Did much underground vinyl make it to Serbia or is it mainly a digital scene?
I can speak only about the vinyl scene in Subotica, because I wasn’t buying vinyl anywhere else in Serbia. There was a short lived and very respectful record store in Subotica which was active from late 2003 until mid 2004 called “Frontline”. It was the first and only proper record store that existed in this part of Northern Serbia. After the shutdown of the store, my friends and I found out about various British online record stores from where we continued to buy records.

There’s a small number of people who buy the digital stuff over here, but unfortunately, it’s mostly illegal downloads that run things.

Syndetic Records is going to be vinyl based, can you tell us about the concept of the label. Also, with established labels like Rag and Bone and Bunker only pressing 300 copies what is the importance of vinyl these days, beyond being collectors items?
Syndetic Recordings are focusing on various bass music genres that range from 130-150BPM. I’ve founded the label with DrumR, Dekode and Molez primarily to push our vision of electronic music and also because of the number of excellent tracks that couldn’t get signed to other labels. Unfortunately, music is slowly losing its physical format. The MP3s and the WAVs can be played for a certain period, but later they get burnt to a CD or DVD which can quickly be forgotten.

The new ‘Lost in the Sound’ project tell us a bit more about that
That’s one of my pseudonyms for my tracks which are influenced by the unique and highly inspirational sound of Chicago house and Detroit techno from 80s and early 90s. I was browsing through my old hard drive and I found some half-finished projects which were a few years old, so I decided to add more elements, record additional melodies and finish those tracks. The results are tracks that sometimes sound deep and melodic, sometimes dynamic and acidic.

What other producers and DJs do you think are pushing underground electronics further, both in Serbia and worldwide?
I’ll answer the question this way. Anyone who is not afraid to reshape or combine genres, structures and techniques in a way that hasn’t been done before, is definitely on my list of artists who are pushing underground electronics further.

Can you give us an idea of your work flow when making original tunes and remixes?
At the moment I’m only working with software, but in the near future I definitely want to compose my tracks only on hardware. I record melodies, do sampling, sound design and mixdowns in Reason. Usually I start my tracks with a rhythm section which is quickly followed by some basic elements like stabs, couple of basslines and some background sounds. When I make remixes, I like to strip off the original track down to a few elements and to do a completely different version of it, I don’t want my remixes or my tracks to be predictable and monotonous, in terms of sounds.

Besides music what other stuff are you into and what inspires you?
The origin of my “Noiz” pseudonym is from a graffiti background where I was involved in until 2006. When I find some additional time for reading, I usually like to read novels ranging from Herman Hesse to H.P.Lovecraft. I’m also into sci-fi and horror movies, documentaries and commercial ads from 1930s onwards. The inspiration also comes from various compositions in old photographs, sculptures and paintings and also complex (sometimes repetitive) parts in nature and architecture.

Finally is there anything you have on the horizon that we should be looking out for?
Dekode and I have started a new project which is rhythmic noise/industrial/hard techno orientated under the name ‘Ontal’. We have some tracks on our SoundCloud and also we’re working on our live act which will have it’s premiere in Berlin on the 10th March. 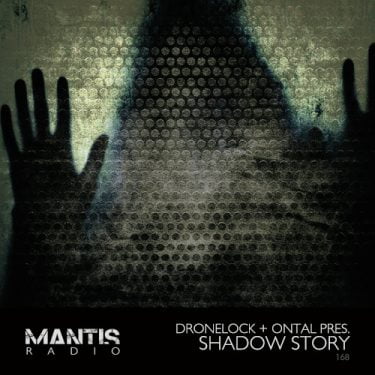 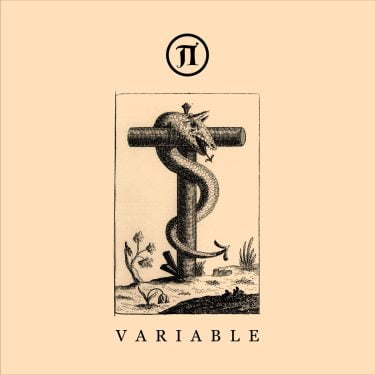 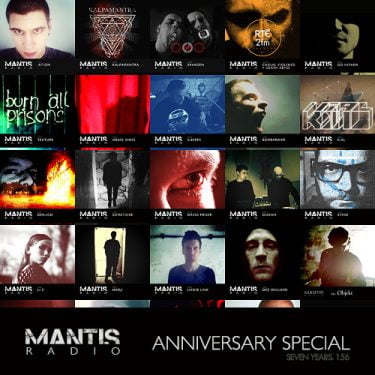