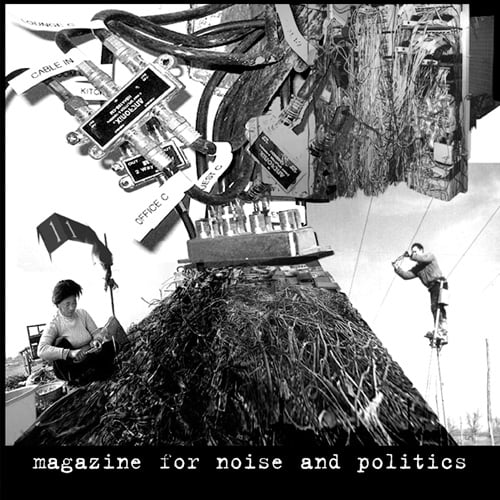 Along with myself, Gregg and Kev – the Scottish duo behind the technoid barrage that is Savagen; are chuffed to bits to be on the list. We sit amongst some excellent (and heavyweight) releases from last year including supreme sound from Downwards, Perc Trax, Praxis, Editions Mego, Diagonal, Small but Hard and R&S Records. (the full list is below)

A magazine for the grey zone of Noise & Politics, Datacide provides information on the cutting edge of technological subversion via sound and heterogeneous theory. Assembled as part of an emerging Post-Media flow, Datacide is fueled by a current of enthusiasm and desire that does not seek legitimiation through the usual channels, but works as a tool to prompt the inquisitive and those becoming increasingly tired of the expediencies of journalism and self-interest.

The magazine’s 14th print issue is available at various stockists around Europe and the US and it well worth seeking out for both their on point reviews and political discourse. All told, it’s a genuinely interesting and attention worthy magazine.

Practically Educated is available on both vinyl and digital formats. Digital is only available direct via our Bandcamp (as is the vinyl, which includes free digital download). The vinyl can be found at Bleep, Norman Records, Vinyl Underground, Rough Trade, Decks, Deejay, Redeye, , Discogs, HHV, and Japan’s Newtone.