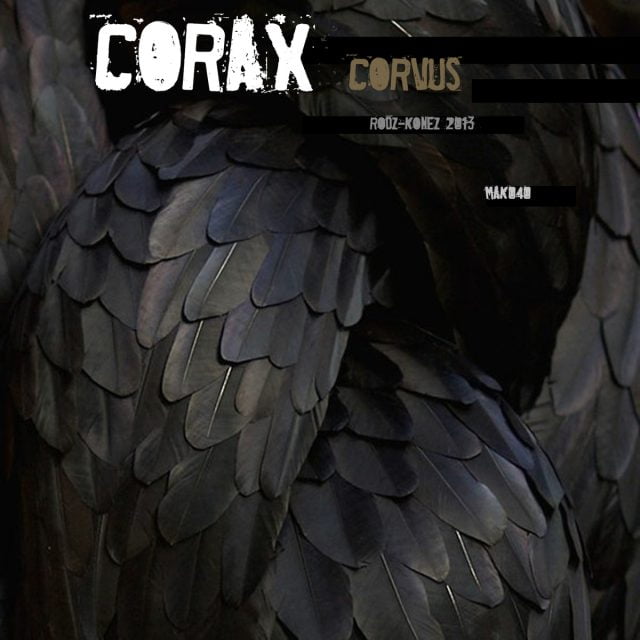 Besides the output of Surgeon/Regis and Mick Harris, Rodz Konez are top of the list as far as good things that come out of Birmingham. It’s not a very big list as anyone who has visited Birmingham will attest.

Technically Rodz Konez are based in Black Country an area of the English West Midlands north and west of Birmingham and south and east of Wolverhampton but for the purposes of repping the Birmingham techno sound that didn’t quite work. Let’s say they’re close enough to be an honorary resident.

Enough of the geography lesson: their new EP drops July 4th and Makaton, label boss, has unearthed another fresh new name to add to the label’s canon – Corax.

In usual Konez style – the release information is minimal and somewhat abstract. In fact the only thing we can be sure of is that the producer responsible is female. At least, if we believe everything Makaton tells us.

The tracks Anamnesis and Corvus are hard as hell and with Corvus particularly, offer a raw, out from the industry shadowpit thud with that big wall of grind-synth. Check out the previews to wet your appetite.

Zerkalo – You, whose sleep is without awakening…