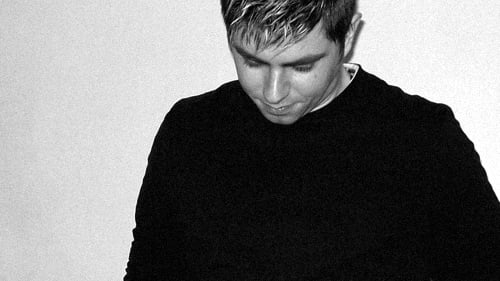 As two heavyweight remix EPs drop for London’s Combat Recordings the Darkfloor editor in chief gets into a short discussion with the original artist responsible: Ireland’s Colin Cloughley aka Anodyne.

Hello Anodyne. First things first, when and how did the Anodyne thing start?

I had been writing electronic music since about ’92 and started sending out demos to labels and in 1996 my debut album Ultramack 005 was released. The label owners ran a club night where I first met Autechre, Rob Hall, Skam and many more of my favourite artists.

After the Skam compilation I had a second album ready but never released it then stopped sending out music but kept writing it.

Your album Corrosion was my first experience with your sound and is a stunning piece of work. Since then you’ve had releases on Earwiggle, Acroplane and Combat Recordings.

Are you back into the swing of things as regards to getting your music out there. With the decade long gap between your initial early Skam work to the Psychonavigation Records album release of Corrosion in 2010, what was it that that resulted in that album seeing the light? How’d you hookup with Keith Downey at Psychonavigation?

I decided to start sending stuff out again around 2005 and eventually got in touch with Keith and set things in motion for Corrosion. Originally it was born out of tracks I had sent to Rob Hall and others and spent months finetuning it until it was exactly the record I wanted to hear.

From your perspective as an artist how’s the scene changed? Digital labels are 10 a dozen now, and seemingly everyone has one. After all it’s pretty easy to obtain software, write some music, “start a label” with a free SoundCloud page, a Tumblr page and so forth. It’s an ever swamped world out there.

I hate the uploading of unfinished tracks to SoundCloud so many people are guilty of. If it’s good, work on it until you’re happy.

You wouldn’t get the same impact watching a movie if you’d watched it being made so why ruin your own work? There’s so much music out there it’s impossible to know where to start, it was easier in the 90s, my local indie record store had a small but growing electronic section with mini reviews on each CD. It’s great that you can self publish, though, the only issue is how to stand out and get listened to…

Your releases in the past 2 years have all been on labels suited to your sound and you to theirs. How did that come about?

I asked about for a few recommended labels to release on and thankfully all were into my sound and allowed me the time to work on a record until its the way I want it. I write way more music than I could normally release so having different labels allows me to do different styles on EPs that if full length could be too much. I’ve a few more records in production but taking time off as I became a Dad recently.

There’s constant chatter about new business models relating to music at the moment and as I recently launched our own Darkfloor Sound label it’s a thought close to home; is physical product on music important to you an artist?

Does it validate in some way the process of ‘releasing’ music. As a music listener, fan and probable collector does physicality make a difference?

Physical items always seem to be more valuable than digital, even though I buy 99% of my music digitally, having physical copies can be extra special, for vinyl releases and even in other areas. I collect retro video games and although I can enjoy them on an emulator, owning a cartridge and the hardware needed to run it “feels” better than paying for a download.

It’s just one of those things though, you can easily get sucked into buying more and more, the endless pursuit of the perfect synth, studio, games collection. I’m especially happy with the 4 Empires vinyl, the cover looks ace and I’m well happy with how the mixes turned out. Its the type of record I’d buy so I’m glad the physical element is there.

Speaking of which; the artists involved in reimagining and remixing your sounds have been just superb. Autechre, The Black Dog, Dead Fader, AQF (Anstam), Lackluster and on the new Combat EPs: Subjex, DeFeKt, Devilman (Scotch Egg), Plaid, 214, Boris Noiz and again from Dead Fader.

How much involvement have you had in choosing them and how aware of them before their remixes arrived for your approval? I know that Autechre were an early influence but Anstram and Noiz have only in the past few years starting actively releasing sound.

I listened to Black Dog, Autechre, Plaid and many more back when I first got into electronic music and loved everything I heard from them. I set out to ask those artists if they’d like to do remixes of my music as a goal and achieved it, along with gaining perspective on how others might do things different with the same building blocks. I don’t use remixes to cash in and get a dancefloor mix ready like others do, it’s more out of respect and collaboration in a way so I’m lucky to get to work with so many of the best artists and I still react to the new pieces as any fan would.

In an interview last year you put down your absence from label release schedules because you
stopped sending stuff out and eventually decided to focus and start upping my production levels. I started researching what DJs play, what works, mastering techniques, all kinds of things and started putting them into practice.

What DJs, producers and labels are doing it for you at the moment? Any tunes we all need to hear? Any nuggets of techniques or observations from your research you’d like to share?

If you want to stand out and last, whatever music or artists are popular, don’t listen to them too much. You’ll either end up sounding the same or not as good, either way that’s hardly worth achieving. I listen to all kinds of unrelated music, bits of Marilyn Manson, Talk Talk’s Spirit of Eden then there could be some 90s Aphex in the mix. I try and find music that gives me something new to latch onto, a memorable twist in melody, a frenetic beat frenzy or breakbeat that you can’t get enough of.

Can we have an insight into your workflow process? Are you a gear head or are you working with digital software and VSTs these days? What’s your writing process like? Do you go in with a clear idea or theme or are you a jammer who composes bits as he goes?

One of my biggest inspirations was the in-episode music from the X-Files, The Twilight Zone (1960s) and then mishearing melodies coming from various places. Some tracks just flow, you get a beat down and a melody of some kind and start layering, then I hear what the track is suggesting musically, like a bit of a breakbeat and bass clash and create a mini sequence. The string pieces are always my favourite and I’m glad so many people like that part of my work, I try and take an emotional path that fits and I find they’re usually the most memorable of my tunes.

I have a small collection of digital and analog synths but I rarely use them in the classic midi way, I prefer to start recording audio and just start playing notes and beats and resample later. I create weird sample packs out of glitches and all kinds of bits and sometimes they turn into a track or elements in one. 707 was created from two separate sessions jamming with an SK-5 where I did the chords live and was just jamming with my modded 707. 99% of the time it’s straight up sequencing from the ground up using a mix of samples and vsts.

Your top three films we should all watch and why?

John Carpenter’s The Thing and The Fog both are great movies and I loved the atmospheric droning synth work. The Mist is also one I’ve watched a good bit, I love horror movies and although there’s loads of obscure and clever movies to pick, I’ll pick these 3.

Ah. A fellow Carpenter fan. His remake of The Thing is a thing of beauty, everything about that film is spot on.

Are we likely to hear any more of your punishing techno under the Puresthatred alias you used on Mantrap Recordings back in 2009?

I did a track called Mutant Disco which was a free download and went on a cover CD of an iPod user type magazine, back when I was getting ready to relaunch things. I took down the link ages ago… there were a good few puresthatred tracks ready that may eventually come out as current techno trends are following similar lines to things I was working on back then.

Anodyne kindly allowed us to ‘re-release’ Mutant Disco, which we offer here as a free download.

I have an urge to tear it up under a different name, there’s only so far you can push your style under one name. What if Jeff Mills decided to do a Country and Western record….maybe he did under an alias 8)

Haha. Maybe he already did yea. What a thought… you know, on a good day he could pull it off.

Thank you Colin for taking the time out for our chat.

Both the 4 Empires EP on 12″ vinyl and the digitally releases Empire Remixes Part 2 EP are available now on Combat Recordings and from most decent music shops.

Between the 12th and 24th of October we will not be shipping new orders. We will resume shipping from the 25th. Thank you. Dismiss