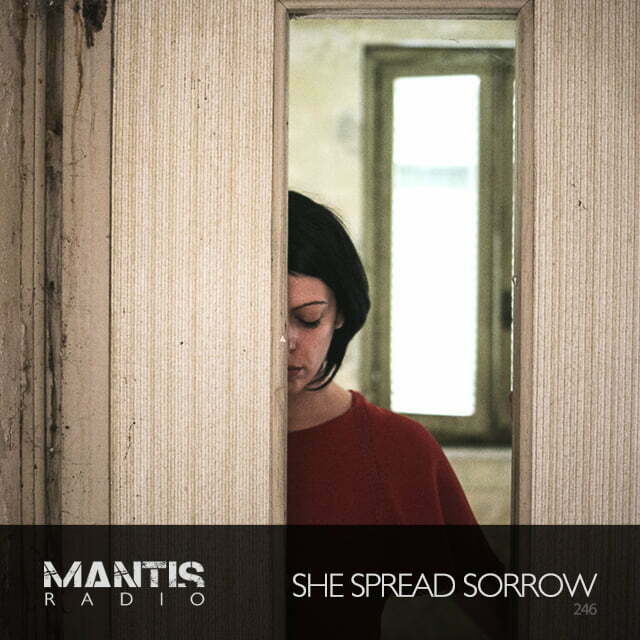 A mixtape of ritual deathscapes from Italian artist She Spread Sorrow this week on Mantis Radio. And music from clipping., Gary Numan, Lag, Death Abyss, Pessimist, Ontal, Fret, Kenny Campbell, Tolkachev and others.

My guest this week, September 10th 2017, is Italy’s Alice Kundalini. From 2006 to 2014 Kundalini was active with the power electronics project Deviated Sister TV. The following year she began working solo under the alias She Spread Sorrow, releasing that project’s debut album Rumspringa. Back in May, her second – Mine – dropped. Both saw release on UK industrial stronghold Cold Spring Records.

Her albums are concept works. Trips into distorted faith, repressed desire, guilt, punishment and perversion. Currently working on new material, Kundalini is about to embark on a European tour. Ahead of that she recorded us a 45 minute mixtape, channeling current favourites and influential material, built with sinful power electronics and ritualistic deathscapes.