With an audio-hyper trip, our session guest this week on Mantis Radio is Loose Link. In hour one, music from Killawatt, Delusions, Container, Go Hiyama, Perc, Twwth, and Mahr.

In a predictable move on our part, being that he is our first Darkfloor Sound artist, on tonight’s show a session from Phat Chex.

Our debut CD EP is now available. Five tracks of electro on a deep/bass tip by the rising talent that is Phat Chex.

Tonight, August 3rd, Darkfloor Live is very happy to present techno heavyweight Inigo Kennedy and the dynamic Phat Chex. As ever it will be a loud, intimate and free evening of forward thinking techno, electro and bass.

Phat Chex – Arder than a Janner in Jesters PT 2 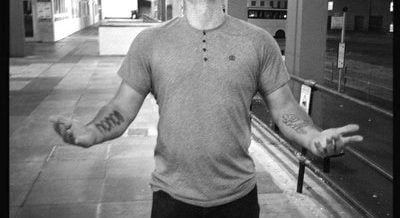