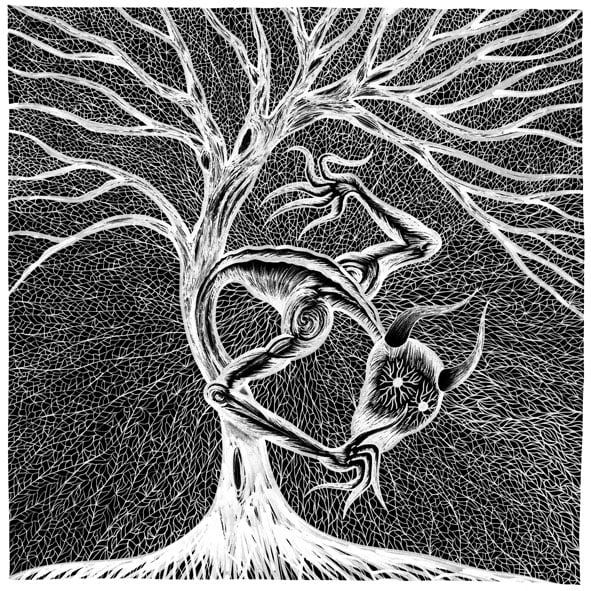 I continue, pretty much daily, to be stunned by the quality of sound some musicians and producers can craft from their self-taught late night and early morning tinkering. The freshest example of this is the work of Cymophane and their years in the making debut Cymophane.

A collaborative project between Kevin ‘Pupilar’ Ingham and Ian ‘SDZH’ Ainslie; Cymophane present an electronic journey one can and I will, comfortably describe as cinematic, emotive, and crafted. Built on a healthy core of dub; taking in elements of techno, breaks, bass of course and working them into a more sound design aesthetic their namesake album is devastatingly good from start to finish.

The feel and vibe of opener Curse of the Fairest Joy takes you headfirst into where the rest of the album remains, a deep headspace world of sound. The final section of Curse feels like it could have been part of a 90s video game soundtrack in the way the synth melody has been built; infectiously and subliminally.

Throughout the album choice samples lend the work just enough contextual narrative to present the work as more of a cohesive whole than a collection of like-minded tracks. The work still feels abstract as good electronica should but it’s been built and designed to be enjoyed as a complete listen, rather than just picking out that single track you like. In a world where people can pick and choose the specifics of what they want from this and that release it’s good to hear people still seeing the bigger picture.

Available as a pay-what-you-want price structure and direct from the artists there is really no excuse why this wonderful piece of work shouldn’t be in your collection. A shout out to Billy Wood for highlighting the work of these two on our forum, who wrote:

A lad I used to live with just released this album. It’s a bit good.