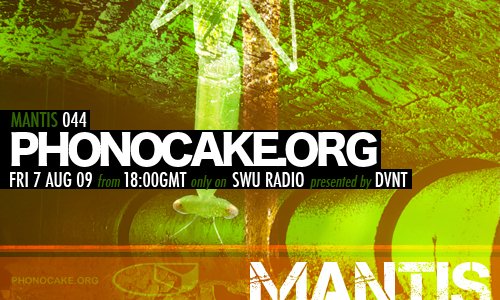 Phonocake mostly releases introspective relaxing deep music, but the artists have a diverse interest in music. Which Parmon, label owner, hopes you hear in this, his showcase mix.

In 2003, four guys, who had never met before, but emailed just twice, started to brainstorm about bringing out the fantastic music being produced by their friends. They decided that a netlabel was the best way to do it.

because free and easy is unbeatable

The musicians they wanted to sign to the label were giving away CDrs locally in mini pressings of about 40/50. Most of the artists were based in Dresden, East Germany, which back in the 90s was called the Detroit of Germany by Underground Resistance’s Mad Mike Banks. About 2 years ago Phonocake opened up to sign artists from beyond Dresden.

Some of the Phonocake artists also have releases on ‘hardmedia’ labels like Drop Bass Networks, Suburban Trash, Goldtears and so on, but of course also on other netlabels, like Kahvi, binkcrsh, Nishi, Elpa, No Response

Phonocake also aimed to combine the virtual world where their music was with the offline-world, and from that they began to provide workshops and music events. Through their activities as a label and collective they’ve motivated others to start their own netlabels, including Jahtari, pumplane and XLR.