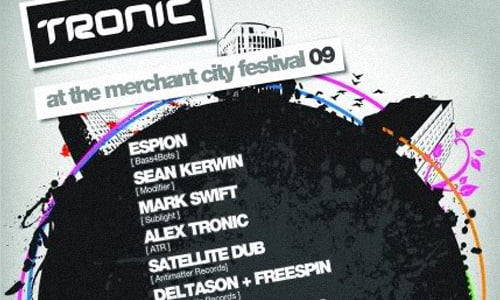 Espion (Stephen Arnold) headlined for Tronic at the Merchant City Festival, Glasgow, back in September. This is part 2 of his set. I’ve yet to find part 1 (maybe it wasn’t recorded).

Championing dark yet uplifting electro he’s currently pushing his sound around the globe. With his track Petrol Bomb The Fuckers [Bass4Bots], he is getting noticed the worldwide techno / electro scene.

From remixing the likes of Vector Lovers, having countless air play from the likes of Dave Clarke and running one Glasgow’s most cutting edge electronic nights, Espion is right there.