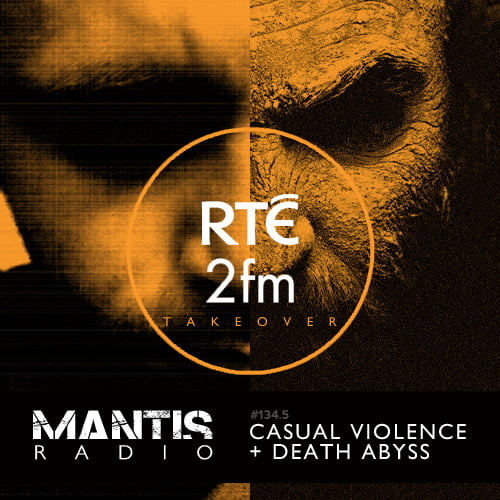 Expect the usual two hours of Darkfloor – this week with two exclusives.
A fantastic guest mix from the dark prince Manchester – Casual Violence AND I’ve the first recorded interview with the anonymous producer Death Abyss.

With Sunil lounging around in sunny climes, DVNT aka Mike Darkfloor takes over this month for a special edition of his Mantis Radio show recorded for 2FM. A longtime platform to a diverse range of music and artists, Mantis has become essential listening for those who crave the more daring sounds of the underground. This month DVNT welcomes on Rodz-Konez mainstays Death Abyss for an interview and features a guest mix from Manchester industrialist Casual Violence.

Both Casual Violence and Death Abyss have graced the show before, and are well worth a revisit before my Mantis Radio takeover airs.

Those of you in Ireland will be able to tune in on the FM wireless – those that aren’t, the station broadcasts online too.