So, it seems it’s mostly gonna be about cassette releases this week. Now, I remember how annoying it was when your favourite tape got eaten by your ghetto blaster, not to mention the hissy noisefloor, so until now haven’t jumped fully onto the cassette nostalgia train. However, I must concede that there is an interesting saturation with tape and in the current industry/recessionary climate, it’s a viable and cost effective way for artists and labels to DIY some physical product.

First up: not one, but two releases from itinerant trombonist and modular synth patcher Ralph Cumbers. The first is a Bass Clef release – Acid Tracts EP – it comes via Magic & Dreams on an orange tape in an edition of 94, each with completely unique artwork. The (awesomely named) tracks were born out of a solitary weekend session of experiments routing a borrowed analog drum machine through his Doepfer modular system. I seriously can’t get enough of this, it pushes my early Warp buttons but manages to sound fresh and unsentimental. I eagerly await forthcoming planned Bass Clef 12″s for PAN, Punch Drunk and Public Information. Details on the cassette and how to order it here  (he calls it an EP but it fills a C60, yeah). Digital from here.

Second from Cumbers this week is Low Point X, the final in a 4 part series of cassette releases on Magic & Dreams by his Some Truths alter-ego. This (purely) modular project will be moving onto vinyl via releases for PAN, Mordant Music and We Can Elude Control. Cumbers has been touring Some Truths with his Doepfer. I’ve seen him live at Brighton’s The Outer Church night, check him out if he comes to your neck of the woods. This is my favourite slab of heaviness from the release.

Next up some more modular synth on tape madness. Disco Insolence is a new cassette label and the first release on it is called Split. Limited to just 15 physical copies, it features two tracks by Solvognen and one by Chaz Dolo. This is a slice of gameboy psyche-hop from it.

Hot on the heels of his Puls cassette on Rano is this new release from Laica on Alrealon Musique. It’s called Environs – the name signifying that this music is made entirely from processed field recordings. The following excerpt sounds a bit like Burial with the garage beats and chipmunk vocals stripped out, which is ideal for me because those bits get kind of annoying. Buy it.

My latest Connect The Dots radio show went out on Sunday. Stream it here (a download link is included in the description).

I went to see Clipping live at the weekend (review incoming). It was amazing and went a little something like 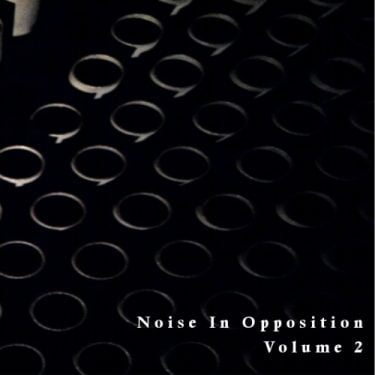