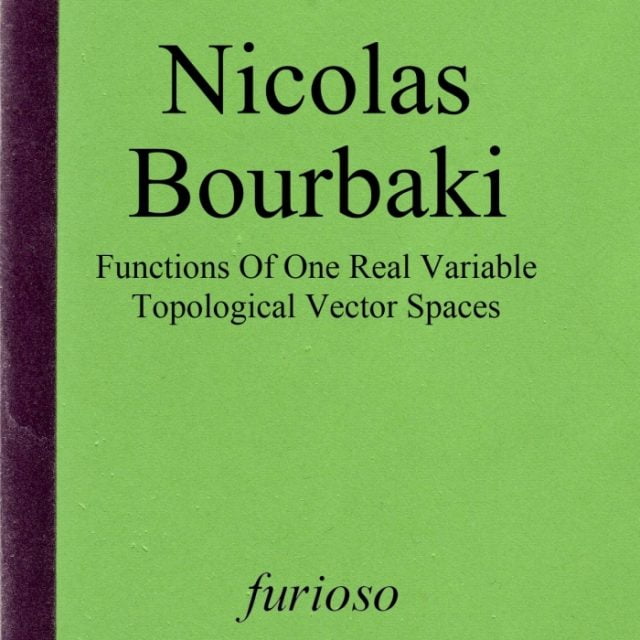 Hitting but their 9th release this fledging Berlin based label is already carving out a hefty Darkfloor shaped sonic footprint with their catalogue.

So yes, number 9 is here and it’s from the mysterious Nicolas Bourbaki who unleashes his 3rd and most aggressive work yet for the label. Despite being based in the current epicentre of the techno universe Furioso don’t release Berghain approved four to the floor, nope, these guys release rowdy, bass fed, breakstep based beats and this release stamps hard with its offering.

Now when I first heard this a few weeks back Topological Vector Spaces was the one for me with it’s mean stepping filth. Nicolas nailed the sound system to the wall and smacked it hard with a sledgehammer resulting in some kind of hard techno infused grimey business. Sinister murkstep and straight in the record bag as far as I was concerned. Having since had time to digest the two tracks some more I’m getting more of a semi in the pants with Functions Of One Real Variable with its wide rolling bass and almost mutant footwork vibe. Suffice to say, both tracks are fierce, broken beat darkfloor beasts and quite possibly the best yet from the label and Nicolas Bourbaki. Having been mastered by the almost mythical hands of Shane ‘the Cutter’ over at Finyltweek, you can rest assured this will flex your system properly.

Pretty essential in my humble opinion.