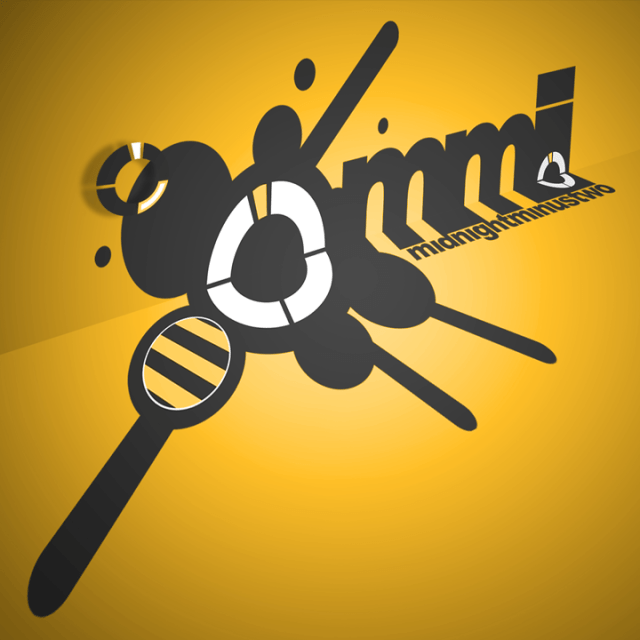 Those in the know will already be aware that on top of running all things MANTIS and darkfloor electronica, I co-run the music label midnightminustwo, with a great producer Clodhoppa. On last week’s radio show, OG was our guest and it was so timed as to celebrate his début release with us at mmii.

Here then is our most recent newsletter:

Hello you. We’ve got a lot of news for you this time, but it’s better in one lump we thought. From being on the beeb to new releases and free mixes for you to grab, it’s been a busy old month

OG’s début ep shows a real knowledge of dance music history, enough of a knowledge in fact, to take and mash up genres and styles in a carefree way, making a release with depth, dancefloor sensibilities and real groove.

While each genre is evident, this is a real crossover of breakbeat, dubstep, ragga, electronica and a bit of dnb for good measure. It seems that so long as it’s got bass, OG‘s all over it.

With an embarrassment of wicked radio shows, the midnightminustwo broadcast was back on again last weekend (Sunday 18th October) with a huge guest mix from Ridiculoud Records.

They’re a new label with some fat breakbeat leaking from every pore. I first found them via a tasty BETA remix, and so asked Eric Ridiculoud to sort us a mix. It’s a massive breaks monster, showcasing Ridiculoud but also a lot of good stuff from our cousins in the other bloc. Grab the podcast from us or the archive from nsbradio.

Originally played on the midnightminustwo broadcast, we’ve now got this lovely deep mix from James Fox all artworked up and shiny for you. (a wicked mix this, really recommended /DVNT)

It’s a true journey of house beats, but so deep you’ll lose yourself for the duration. Featuring Cooly G, Will Saul, Shed, Ramadanman, Appleblim, Radio Slave, Zander VT & many more.

Get the mix, tracklisting and artwork here.

Created for a mixswap he couldn’t take part in, here’s a downtempo/leftfield mix from label boss Phil Clodhoppa.

Ranging from weird pop to traditional eastern vibes, taking in broken beats and a bit of glitch along the way, it’s not really a chillout mix, but it is tuesday-night-sit-down-music.

Get the mix, tracklisting and artwork here . this mix on MANTIS

I’ve always thought the BBC true bastions of taste and decency. This has been confirmed by Tom Robinson of 6Music has played ‘Evidence‘ from our free ep not once, but twice on his show. Further proof that La La & The Boo Ya are destined for big things. It’s not everyday you get namechacked alongside Bob Dylan, The Specials and The Clash, but they did. And that’s brilliant.

Go here to listen again/find out more.
Grab the track in question for free from us here.